I was having a very healthy pregnancy until 32 weeks when I started feeling extremely nauseous and fatigued to the point that I got dehydrated. I could not keep anything down. Initially, I put it off as just last trimester nausea, but as I look back now I whole-heartedly believe my body was trying to tell me that there was something seriously wrong with my pregnancy.

I had noticed that my baby had not been as active as she usually was. I did everything I could think of to get her to move, from drinking a soda to laying a specific way. I knew something was wrong and decided to go to the local hospital in Joplin, Missouri. At this time we had about six inches of snow on the ground, which made our trip to the hospital a little longer than usual. When we arrived at the hospital, I was immediately taken up to the Labor and Delivery Unit where they hooked me up to monitors. I felt immediate relief when they found her heartbeat. At this point, I thought they would just monitor her for a few hours and send us home. What I did not know was that she was having decelerations, which are temporary decreases in the fetal heart rate during labor. I was told it was a sign that the baby wasn’t doing well, and this was very concerning to the doctors. 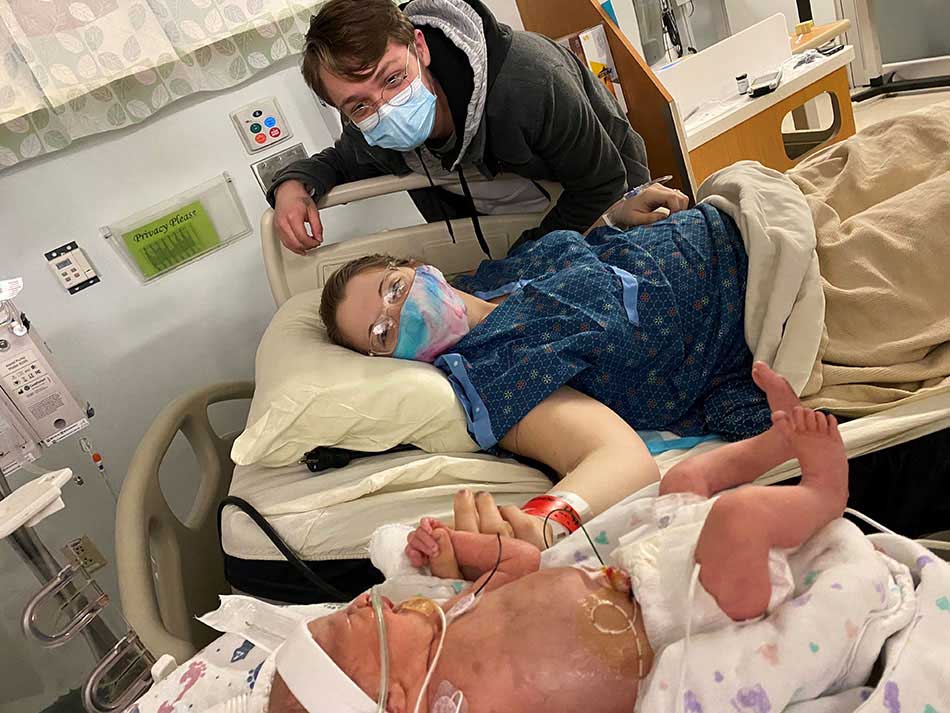