What is Parkinson's Disease? 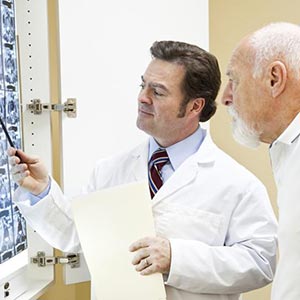 My mother, in her 60s, has been diagnosed with Parkinson's disease. I'm concerned about her future quality of life, and worried that this means I'll have it when I'm older. Is there a test to determine if I'm going to get it?

Hearing that a parent or other close relative has Parkinson's disease is scary on a number of fronts. We worry about our loved one who's been diagnosed — what it means for his or her lifestyle, health and future — and, we worry about whether or not we will get the disease. Dr. Phaedra Dowell, a board-certified, fellowship-trained movement disorders specialist with Menorah Medical Center's Movement Disorders Clinic who sees Parkinson's patients on a routine basis, advises there's no need to panic on either front.

Most cases of Parkinson's disease have no clear family history of the condition. They are what's known as "idiopathic" — a term simply meaning we don't know the cause. Although, in some cases, genetic make-up or heredity may play a role, this is relatively rare. As such, having a close relative with Parkinson's disease may slightly increase your chances of developing the disease, with the risk increasing somewhat if you have multiple relatives with it. But again, this is still uncommon. Another potential Parkinson's disease cause has been linked to environmental factors — exposure to certain toxins such as pesticides — but we don’t fully understand all the connections.

What are the symptoms of Parkinson's disease?

The onset of Parkinson's may be slow, with symptoms that are barely noticeable at first. There are three main Parkinson's symptoms a physician may look for, although these are not the only signs of Parkinson's. Also, there can be other causes for these symptoms, which is why it's important to see a specialist trained in movement disorders if you or your primary care physician is concerned.

Other Parkinson's disease symptoms can include:

How is Parkinson's diagnosed?

The best tool for diagnosing Parkinson's disease is a physical evaluation by a neurologist trained in movement disorders. Unlike a condition such as epilepsy that leaves specific abnormal brain wave patterns a doctor can see on an electroencephalogram (EEG), there is no definitive lab or imaging test for Parkinson's. That said, your physician may perform lab or imaging tests to rule out other conditions.

An experienced movement disorders specialist will ask questions about your health history and symptoms, then perform a thorough physical exam. He or she will evaluate tremors and overall movement, if one or both sides of the body is affected, and other aspects of your physical appearance. This physical evaluation will guide the physician's diagnosis and set the course for a treatment plan.

There is no cure for Parkinson's disease, however there have been numerous treatment advances over the past several years that can effectively control the symptoms and improve the quality of life for someone with the disease. Parkinson's disease treatment ranges from medication to surgery intervention, and because research shows exercise is beneficial to those with Parkinson's, a physician may recommend physical therapy or an exercise program to help with movement. The specific treatment determined by a neurologist is based on each patient's unique situation — stage and progression of the disease, severity of symptoms, reactions to medicines, other medicines being taken, and other factors. Treatments include:

What is the long-term prognosis of Parkinson's?

Parkinson's disease tends to progress slowly over many years. With medication, Parkinson's can be controlled and a good quality of life enjoyed for many years. Research has also shown that exercise is of great benefit for those with Parkinson's. Whether walking, yoga, swimming or aerobics, movement helps. And although there's no hard evidence to show benefit from healthy eating, many Parkinson's patients suffer from constipation due to the slowdown of their muscular function. So hydration and eating a balanced diet with fiber, fruits and vegetables are important.

The HCA Midwest Health Neuroscience Institute is one of the region’s premier treatment centers for conditions of the brain, spine and nervous system. We offer a full range of care for patients with all types of movement disorders at Lee’s Summit Medical Center, Menorah Medical Center, Overland Park Regional Medical Center and Research Medical Center. Our Kansas City neurologists offer years of experience treating Parkinson's disease while partnering with patients to create a treatment plan tailored to their individual needs and goals. To find a neurologist specializing in Parkinson’s disease, use our online physician finder.

January 13, 2023
A big population of Facebook fans who have arthritis or joint pain were polled to find out what triggers their hip and knee pain, and 42 percent...
Next Post
Back to blog home

Why are my hands shaking?