In recognition of #BlackHistoryMonth, Research Medical Center and HCA Healthcare are celebrating the impact of Historically Black Colleges and Universities (HBCUs) on our colleagues and communities. 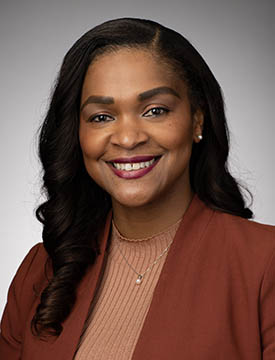 Sophia attended Grambling State University (GSU) in Northern Louisiana where she received her undergraduate nursing degree. Her decision to attend GSU was made easy as her mother made it clear that she could attend “Grambling,” “Grambling” or “Grambling.”

As the school’s motto is “Where Everybody is Somebody,” Sophia felt that she was in an academic environment where she truly felt that her instructors wanted her to succeed. “It was one of the best times in my life where I believed that matriculation in my degree was solely based on my efforts and not my race or skin color,” said Sophia.

She also attended Southern A&M University located in Baton Rouge, Louisiana, where she received her Masters of Science in Nursing. Both Grambling and Southern are some of the most world-renowned Historically Black Colleges and Universities (HBCU). Along with Dillard University in New Orleans, they have served communities in Louisiana for years that had no other choices for collegiate education because of segregation.

Her decision to attend an HBCU was truly based on accessibility and her family’s long history as Alumni of both Grambling (father) and Southern (mother). For others looking at colleges, she recommends visiting and touring HBCUs as many are surprised at the degree choices that are offered - not only for people of color, but for everyone.

In choosing her career in Nursing, she learned from some of the best instructors and professors who take pride in serving all mankind. In her Med-Surg clinical rotation, she realized that her mission in life was to advocate and provide the best care for those who are in need.

“I knew then and continue to know that Nursing is not just my profession, but my calling in life. I encourage others to choose Nursing, and if afforded the opportunity, consider choosing an HBCU,” said Sophia. “The one thing that has always stayed with me is that regardless of my race, gender, socioeconomic status or age, to always give my very best and never settle for mediocracy.”

February 18, 2022
If you decide to pay your healthcare (or other) bill online, be sure you are doing so securely.
Previous Post

What can you do to relieve neuropathy symptoms?

December 6, 2021 by HCA Midwest Health
Learn about strategies you can utilize to reduce the side effects of neuropathy and improve day to day life and function.
Next Post
Back to blog home

How to stay healthy when going back to the office

20 Essentials for your first-aid kit

Out of Network Medical Bills

Afib and Your Risk of Stroke - KCHRI - HCA Midwest Health