Why is the Flu So Bad This Year? 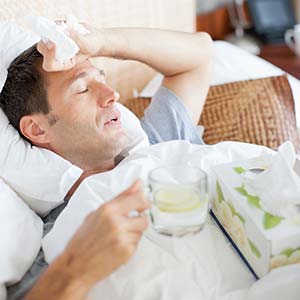 "Flu is everywhere in the U.S. right now," Dr. Daniel Jernigan, director of the U.S. Centers for Disease Control and Prevention's influenza division, said during a Jan. 12 media briefing. On a map of the United States tracking flu activity, "this is the first year that we have had the entire continental U.S. be the same color," he noted.

Only Hawaii and the District of Columbia have been spared widespread flu infection so far, according to the CDC.

Why is the flu so bad this year?

This flu season, H3N2 – a subtype of influenza A - has been the dominant strain. Health officials say we tend to see a worse flu season with more severe illness when H3 viruses are prominent. At this point, 80 percent of reported flu cases are this more severe strain, according to the CDC. The H3N2 strain combined with a long bout of cold, wintery weather has resulted in a very active flu season.

What about the flu shot?

While the flu vaccine isn’t perfect, it’s still the best protection against H3N2 flu and other flu strains, such as H1N1 and B viruses which have also shown up this season. And it’s not too late to get one! If you haven’t already gotten a flu shot, we recommend doing so as soon as possible (excluding children under 6 months).

Is there anything else I can do to avoid the flu?

Washing or sanitizing your hands frequently can go a long way in preventing the flu. You should also take these general measures to reduce your risk:

If you do start to show symptoms, you can help others avoid getting infected by staying home from work or school.

Learn more about the flu and how to protect yourself

July 5, 2018
Hospitals should help you book any follow up visits they recommend after a visit to the ER. After dealing with an emergency, it’s hard to keep...
Previous Post

How Do I Know If I Need to Visit an ER?

January 8, 2018
[Infographic] How do I know if my injury or illness warrants a trip to the ER? Here are sure signs an ER is needed.
Next Post

Preparing for the ER