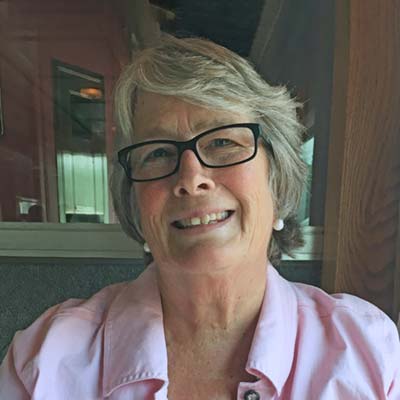 During the last 10 months of her life, Ron recalls that, despite the progression and subsequent effects of the disease, his wife lived with dignity and had many moments of grace.

“None of us have a perfect day, that’s not how life goes,” he says. “And Lisa had some very difficult days as the cancer marched on. But she continued to give me and our family so much, even when it became tougher to have good days. ‘I want to live every day I can’ she would often say.”

"None of us have a perfect day, that’s not how life goes. And Lisa had some very difficult days as the cancer marched on."

Convinced that Lisa died in God’s time, her time, the right time, Ron is grateful for the care she received from Jaswinder Singh, M.D., board certified in internal medicine and a specialist in hematology and oncology, and his team at Sarah Cannon Cancer Institute at Research Medical Center.

“Stage IV pancreatic cancer is a very challenging battle,” Ron says. “And I think most people would have given up fighting, because it beats you up pretty bad. At no time did Dr. Singh say he’d cure Lisa. One day he told me, ‘We’re looking for a diamond in a rock pile to extend and give her quality of life.’”

Lisa’s journey began in 2015, when her stomach began hurting. In the spring of 2016, a doctor thought that perhaps the discomfort was caused by lactose intolerance and suggested cutting dairy from her diet. When that didn’t work, she scheduled another appointment, was diagnosed as borderline diabetic and shifted her diet to  helped lower blood sugar. Still experiencing pain, Lisa had an upper GI scope, which was negative. A May 2017 colonoscopy didn’t reveal any problems but a scan in July 2017 pinpointed the source of her physical distress: a large pancreatic mass.

“Before Lisa went in for that scan, we thought maybe it was her gallbladder,” Ron says. “We were desperate for answers. And the one we got certainly wasn’t what we expected.”

On a business trip in Las Vegas when Lisa received the news, Ron asked one of his sons, Ryan, to take her to the emergency room in Lawrence, where the couple lived. She was admitted to the hospital; Ron flew home late that night and the next morning, the doctor delivered the grim diagnosis: Lisa’s cancer was terminal.

“He told us not to spend time in the hospital, but to get our affairs in order and go and live life,” Ron says. “He didn’t think Lisa would make it through the summer.”

Numb and in disbelief, the Kings started searching for a second opinion from a physician who could put things in perspective. A friend reached out after seeing a Facebook post Ron made on Lisa’s health situation.

“He told us about Dr. Singh and said he was one of the best complex GI cancer physicians in the region and, within days, we were driving to Kansas City to meet him,” Ron says. “It was a remarkable appointment—he had a plan and was confident in his recommendations.”

Lisa received chemotherapy throughout the fall and was hospitalized several times.

“She was in less pain,” Ron says. “That’s what was important to us.”

Christmas 2017 was bittersweet; Ron and Lisa knew it would probably be the last one and made every moment memorable.

“There’s absolutely no doubt in my mind that we were able to celebrate a spirit-filled holiday as a family because of Dr. Singh,” Ron says.

Right after New Year’s Day 2018, Lisa fell ill and received another round of chemotherapy. She spent several weeks in the hospital and, in mid-February, the couple made the difficult decision to take her home and call in hospice.

“It was with Dr. Singh’s help that we came to the conclusion that, ultimately, Lisa’s quality of life was important,” Ron says. “It was her wish to be at home, surrounded by family. Lisa had cancer, but that cancer didn’t define her. She was determined to live every second of every day she had left.”

Lisa’s final months were spent in the loving company of Ron, her three children, grandchildren and friends.

“If it wasn’t for the expertise and compassion of Dr. Singh and his colleagues, we wouldn’t have had that priceless, precious time together,” Ron says. “When the end came, I knew Dr. Singh had found as many diamonds in that pile of rock as possible. And, most importantly, he fulfilled Lisa’s wish of living every day she could, with dignity and grace.”