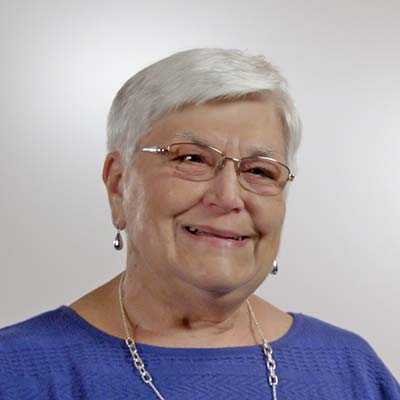 A car accident is never a good thing. But in Verna Linderman’s case, a car accident just may have saved her life.

After the car she was riding in was T-boned by another vehicle, Verna was taken to Overland Park Regional Medical Center the only trauma center in Johnson County, Ks.

Verna underwent a series of tests and was diagnosed with a neck fracture. Unfortunately, Verna’s electrocardiogram (EKG) also showed that she had atrial fibrillation, a heart rhythm disorder that can lead to heart failure and dramatically increase the risk of stroke.

Verna’s electrocardiogram (EKG) also showed that she had atrial fibrillation, a heart rhythm disorder that can lead to heart failure and dramatically increase the risk of stroke.

“They diagnosed me with atrial fibrillation in the emergency room because my heart just went berserk. It was doing all kinds of things,” remembered Verna.

At a hospital part of any other healthcare system, Verna would have most likely been told to follow up with a cardiologist in her discharge instructions. But because of an innovative, one-of-a-kind emergency prevention program exclusive to HCA Healthcare that’s not what happened.

“I was able to follow up with her after she left the hospital to help provide education about her new diagnosis, the concerns she had from her trauma incident and the neck collar she had to wear for many weeks,” described Shelly. “I was able to get her appointments scheduled with all the necessary specialty doctors, as well as communicate with her primary care doctor in regards to her hospital stay.”

“They are very caring and they follow up afterwards to make sure that everything is going okay,” stated Verna. “That was very helpful because I didn't have to worry about trying to contact somebody. She would call me back a couple days later and say, ‘Okay. I have an appointment for you with Dr. so-and-so, on this date and this time and whatever’.”

Verna attended all of her follow-up appointments and tried a few noninvasive treatment options for her arrhythmia. Unfortunately, nothing worked well. That’s when Verna was referred to electrophysiologist and Kansas City Heart Rhythm Institute executive medical director, Dhanunjaya Lakkireddy, MD.

“Verna had what we call tachy-brady syndrome, which is slow and rapid heart rates. So if you treat her rapid rates with medication it will make her heart slow down even further. It makes care very complicated,” described Dr. Lakkireddy. “Her cardiac chambers were also relatively enlarged. What that tells me is she probably had this arrhythmia for a considerably longer period of time than she realized.”

“I did not know before the emergency room that I had arrhythmia, but I probably had it for years before that,” said Verna. “I didn’t realize I had symptoms. I was short of breath all the time. I could hardly go upstairs. I would be panting.”

“It is a combined procedure where the first half is done by a cardiothoracic surgeon that specializes in arrhythmia surgery and the second half of the procedure is done by a cardiac electrophysiologist who wraps up everything with a catheter ablation,” explained Dr. Lakkireddy.

Verna agreed that this procedure was her best option.

After Verna was fully recuperated, Dr. Lakkireddy performed the second part of her ablation and implanted a loop recorder so he could monitor her heart rhythm for the next three years.

“The procedure went very smoothly and we were able to address her arrhythmia and her risk for stroke. She is back on her feet with no more worries of slow heartbeat or fast heartbeat. Her arrhythmia is fixed, she is off all the rhythm medications and blood thinners,” stated Dr. Lakkireddy.

Verna is doing well and thankful that the HCA Midwest Health team was able to catch her arrhythmia and connect her to the right care.

Verna stated, “I am relieved that I had a car accident to catch the condition. Just not knowing what would have happened or that I even had it in the first place, I could have probably died at any time.”