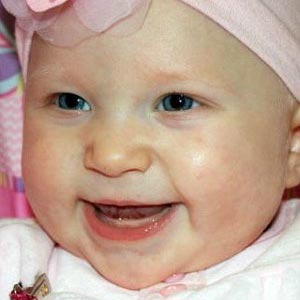 When asked to define the rollercoaster of emotions they experienced when their daughter was born prematurely, Kristi and Jason Fine use words such as “scary” and “overwhelming”. But the couple is quick to liberally pepper their accounting of their time with their tiny baby in the neonatal intensive care unit (NICU) with descriptions ranging from “gratitude,” and “comfort”.

The Fine’s second child, a girl named Charli, was born four weeks premature on October 24, 2009. Several hours after Charli’s birth, the couple was told their newborn had severe breathing difficulties, and the baby was placed in an oxygen hood and monitored throughout her first night.

The next day, nurses told the Fine’s that Charli would have to be transferred to Overland Park Regional Medical Center’s NICU for specialized respiratory care. The Olathe hospital where Charli was born didn’t have a NICU, but has a relationship with Overland Park Regional Medical Center to help get babies a level of care they sometimes require outside their facility.

“When they told Jason and me that Charli was getting too tired to breathe on her own, and that she would have to be relocated to a different hospital for ventilation, we were terrified,” says Kristi. “We never thought our baby girl would have to be in intensive care.”

The Midwest Neonatal Transport Team transferred tiny Charli to the Overland Park Regional Medical Center. Kristi describes the swarm of medical professionals that arrived to shuttle her premature daughter by ambulance to another hospital just 20 hours after she was born.

“There was a respiratory therapist, neonatal nurse practitioner, a NICU nurse and two paramedics,” says Kristi. “They swaddled Charli in an isolette and explained everything to Jason and me. We felt comforted by their presence, even though we were distraught to be separated from our baby.”

The care Charli received during her 10-day stay in the Overland Park Regional Medical Center NICU, the region’s largest, was exemplary, says Kristi.

“The entire team was focused and made sure we were connected to Charli and what was going on,” says Kristi. “It was incredible to watch everyone in that NICU do their job, not only with Charli, but with every baby.”

Charli is now a bubbly and active toddler, still too young to understand the anxious moments her parents went through last year. Kristi has a story of hope for others facing the challenges of critically ill babies.

“The Overland Park Regional Medical Center NICU was a blessing to Charli and our family,” says Kristi. “The nurses, doctors and entire staff were supportive and amazing in so many ways.”