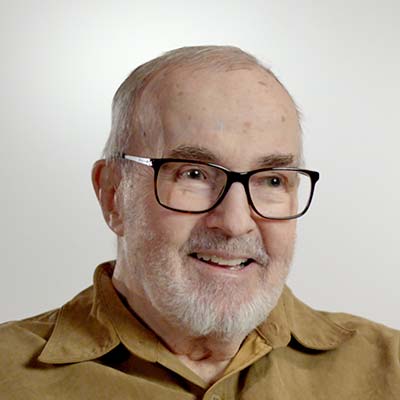 It was July 7, 2017. Instead of enjoying a relaxing summer day at home, Robert Cuthbertson and his wife, Candace, were on their way to the Overland Park Regional Medical Center emergency room. Robert was experiencing abdominal pain and felt tired and weak. They knew he had kidney stones but were worried he was also developing an infection.

In the ER, Robert underwent diagnostic tests which confirmed his kidney stones and a urinary tract infection. The tests also revealed an enlarged heart and atrial fibrillation (afib), a heart rhythm disorder.

Robert was diagnosed with afib in 2002 but hadn’t seen a cardiologist in 14 years. While he was at the hospital, the cardiologist prescribed a 30 day outpatient heart monitor and an echocardiogram for additional testing.

At any other hospital system, Robert may have been told to follow up with a cardiologist in his discharge instructions. But because of a patented emergency prevention program exclusive to HCA Healthcare, that’s not what happened.

Because Robert’s tests indicated he may be at risk for a cardiac emergency, Shelly Kohman, a nurse navigator was automatically notified through the Care Assure system.

“After Robert was discharged, I called and spoke with Robert and Candace,” said Shelly. “’We discussed his diagnosis, medications and the importance of the follow-up appointments.”

After having his kidney stones removed, Robert went for the echocardiogram. The echo showed he had severe aortic stenosis (a restricted heart valve) and low ejection fraction (low heart function) putting him at risk for heart failure.

Shelly made sure Robert’s primary care doctor had his echocardiogram results and called Robert and Candace to ensure they understood the diagnosis and their next steps. She also scheduled an appointment for Robert with Theodore Pope, MD, a cardiologist at the HCA Midwest Health Heart and Vascular Institute.

“Robert gave me a call a few days before his appointment with Dr. Pope,” said Shelly. “He had a few questions after googling his conditions. We discussed aortic stenosis and some of the possible treatment options. I helped him develop a list of questions to ask at his appointment.”

Dr. Pope recommended Robert have a diagnostic heart catheterization. During the heart cath a total of seven blockages were discovered, including one in the widowmaker artery.

“It was amazing that he wasn’t having chest pain or symptoms of congestive heart failure.  He was very high risk for heart attack and sudden cardiac death,” said Dr. Pope.

“I’ve never had any pain, discomfort or any indication that I had a real serious heart problem,” said Robert. “However, there had been a reduction in my energy level and stamina. When I went out for walks I was getting awfully tired after a half mile to a mile.”

“He was very relieved not to have open heart surgery,” said Candace. “We were pleased to find out there were alternatives.”

Fortunately, Robert passed all the necessary tests and was deemed a candidate for the procedures he needed. Robert had a permanent pacemaker placed to help correct his arrhythmias, a TAVR for his heart valve and a complex PCI to clear the blockages in his arteries. All of the procedures were extremely successful.

“We were pretty impressed that we had been seen and taken care of so quickly,” remembered Candace.

“I feel like I had excellent care. I had the best surgeons and doctors. They were all very thorough and really consulted with each other and with me,” said Robert. “I’m doing well now. No pain. No discomfort.”

Robert and Candace expressed their appreciation for the quick ER service, excellent cardiac care, nurse navigation and even the kidney stones – for if it wasn’t for the first emergency, there may have been another.